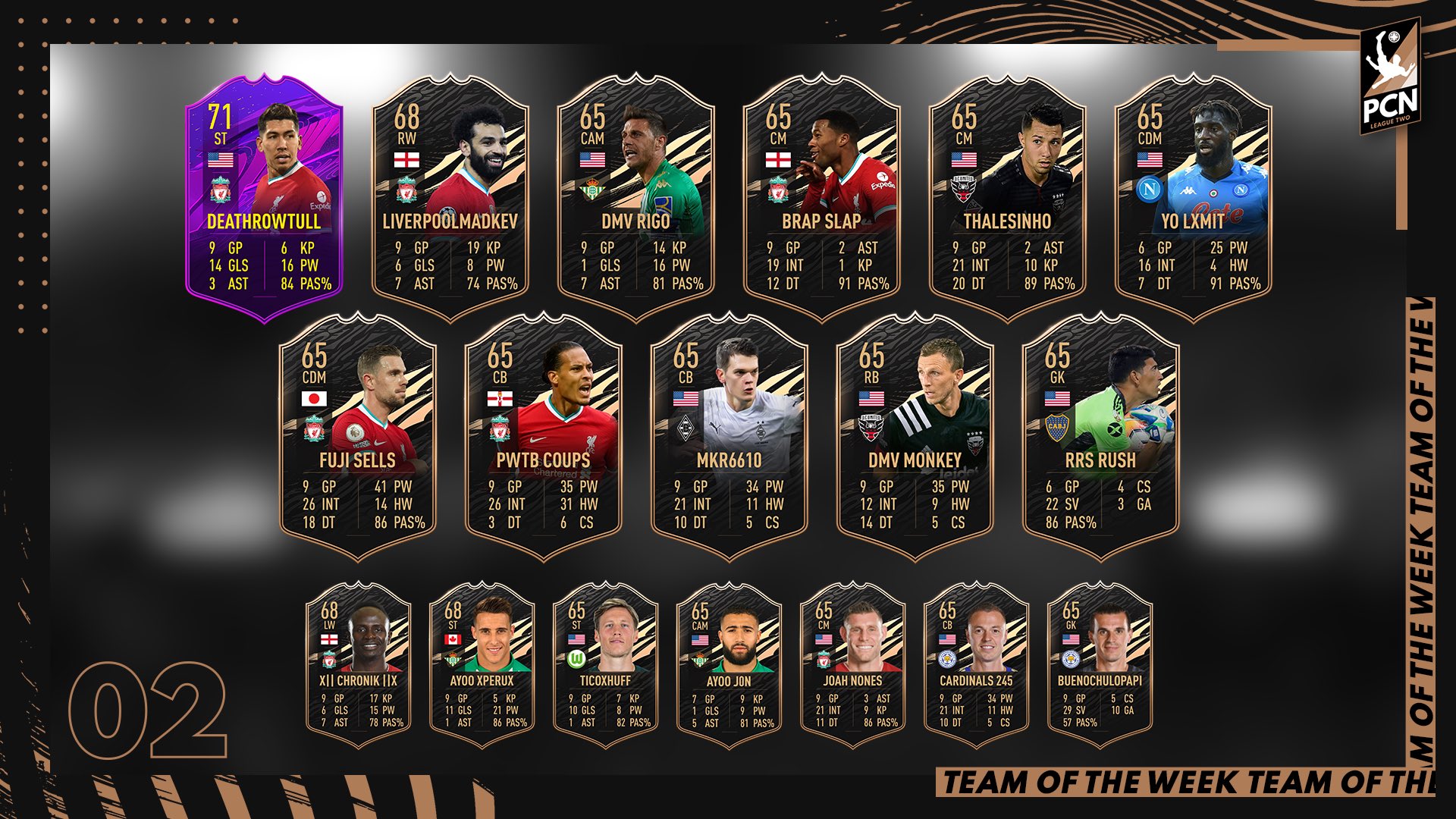 ST: Death Row Tull (Liverpool) With a POTW appearance for League Two’s 2nd TOTW is Liverpool striker, Death Row Tull. Long known around the community as one of the most lethal finishers PCN has to offer, Death Row Tull has certainly picked up right where left off at his new club Liverpool. With an eye for goal few can match, it is no surprise to see Death Row Tull is absolutely doing bits for the Reds, which sees him deservingly earn the POTW award for League Two With 9 games for Liverpool Death Row Tull managed to bag 14 goals (1st), 3 assists, 6 key passes, and league leading PER of 28.3