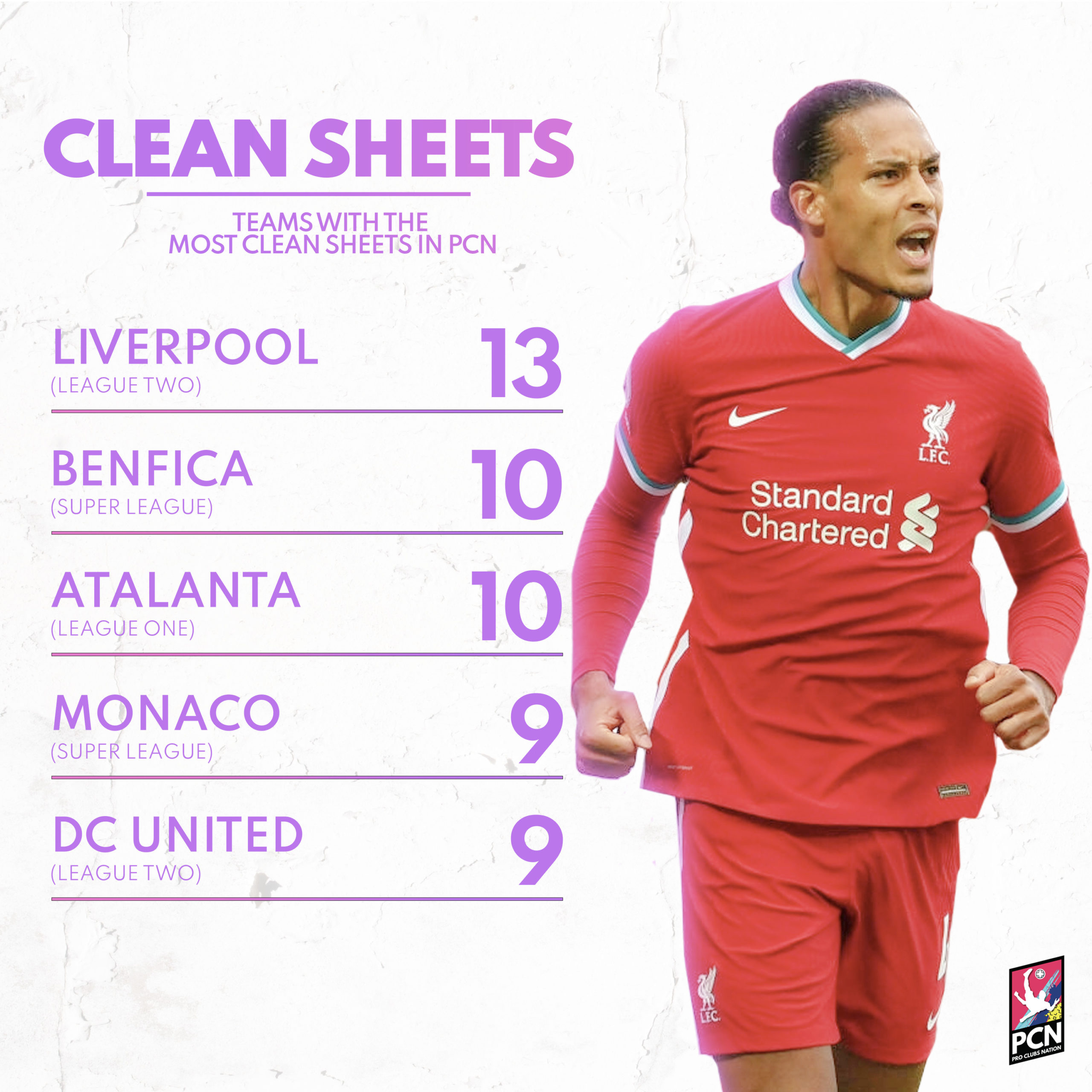 These past few days we’ve been highlighting some of the very best players in various positions that PCN has to offer. Now it’s time we shift our focus and show some love to the teams with the best defensive units across all 3 leagues.

Liverpool– Starting the list off is current League Two leaders, Liverpool. The Reds have absolutely taken over League Two by storm, (no surprise to anyone) as they remain the only undefeated team left in PCN at the halfway mark. Their massive success this season is due in big part to their defense, which has the most clean sheets (13) and the least goals conceded (10) in all of PCN. At the pace Liverpool is going, it wouldn’t be a surprise to see them win the League Two title with the greatest margin ever seen in PCN.

Benfica– Next on the list is the Super League side, Benfica. Long known for their defensive excellence, many attribute their two SL titles to their stout defense, which in terms of defensive numbers, ranks as one of the very best PCN has seen. Following  an uncharacteristic previous two seasons which saw the side finish 8th and 13th, Benfica now find themselves in title contention yet again with their defense as the focal point to their run, as they have 10 clean sheets and 16 goals conceded.

Atalanta – The only League One team to make an appearance on the list is the Italian side, Atalanta. After their royal cup victory of Lyon in S13, their rise to Super League appeared inevitable, however their leaky defense remained a problem over the past few seasons. Halfway into Season 15, and Atalanta have seemingly found the solution for their defensive woes, as they have the most clean sheets and the least goals against in the League Two with 10 and 12 respectively.

Monaco – Fourth on the list is the Super League side, Monaco. Despite scoring less than a goal a game with an offense that is ranked 16th in terms of goals scored in Super League, the French Side is sitting just 1 point off a Super Cup position in 8th place. So how exactly has Monaco found themselves so high up the table despite a stagnant offense? The answer is simple, they have found a way to win points this season through their defense, which ranks as one of the very best in Super League, earning 9 clean sheets with only 14 goals against.

DC United – Last on the list and the second League Two team to make an appearance is DC United. One of the surprises of PCN, DC United have as a force to be reckoned with in League two, as they currently sit in 3rd place at the time of writing, with a squad composed mainly of players in their first and second seasons. Defense certainly appears to be a strong side for the American side, as they have 9 clean sheets and 13 goals against on the season.